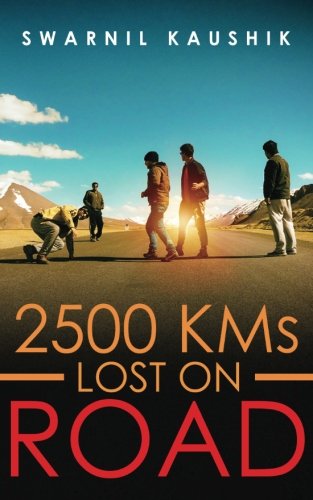 There is an orthodox perception about India as a corrupt and ferocious nation. The story revolves around the travel prodigy to Leh-Ladakh, the northern most part of India surrounded by the disputed lands between the two greatest rival countries in the world, India and Pakistan. Kabir Sharma, one amongst the talented youth working in a corporate world goes on an official trip to the US. Alike the most of other millennials in the country, Kabir also wanted to move out of India. He favourably landed at San Francisco before he started experiencing a number of sea-saw events and faced a lot of reproach about his country. It was a feeling of comfort when Kabir returned home. A long time passed by since his return and he was still stuck within the incidents occurred in the US. This was the time when a trip was planned to Leh-Ladakh. They are 5 people (cousins) grown up together who planned for this trip. The place is bound to attract youths of the country and it was a perfect outbound for Kabir with his people, in his own country. The book exhibits all the positives which could occur in India, while travelling to this amazing place. The difference is all about the perception of people in a particular situation. The picturesque land busted out all those inner feelings and changed the way a person should look towards his/her nation. Eventually, the story concludes on all the good times Kabir had during the tour and his changed vision towards the nation.
Buy the book 2500 Kms Lost on Road from Ideakart.com.