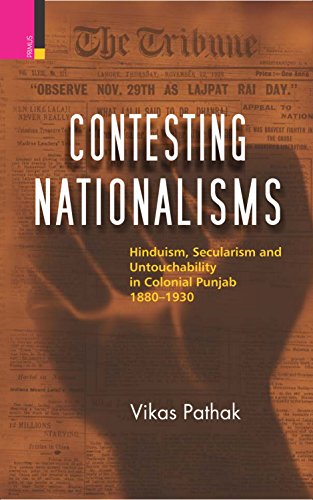 Indian nationalism has been a contested space over the last century. Claims and counter-claims have been advanced regarding its nature for long now. This book argues that there are multiple visions of Indian nationalism, each seeking hegemony over national discourse and that divergences regarding the cultural-ideological contours of the idea of India are central to the contest over what Indian nationalism means. Contesting Nationalisms identifies four strands: composite culture nationalism; religious nationalism; a secular, citizen-centric nationalism and a vision of ‘Dalit nationalism’ seeking to reorder the public sphere in its own fashion. It traces these visions, which emerged in colonial India, through an exploration of the ideas of key ideologues in colonial Punjab. The analysis also has implications for our understanding of communalism, which has been seen as intertwined with nationalism in India for more than a century now.
Buy the book Contesting Nationalisms: Hinduism, Secularism and Untouchability in Colonial Punjab 1880-1930 from Ideakart.com.