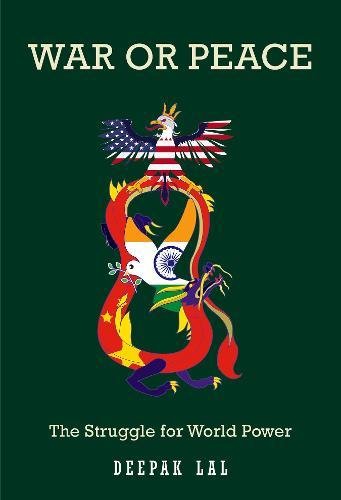 Today’s international climate is one of disorder. A League of Dictators (China, Russia, Iran) is threatening the superpower status of the United States of America and the liberal international order it has underwritten. A piecemeal Third World War seems to have begun.
Eminent economist Deepak Lal argues that the global financial crisis was the proximate cause for a revanchist China and Russia believing that the liberal economic order promoted by the US was on its deathbed and their illiberal systems were the future. But Lal argues that reports of the economic woes of the US are greatly exaggerated as are those of China’s prospects and Russia’s power. With a new regime and the US’ continuing overwhelming economic and military strength, it can maintain its global hegemony by challenging the League of Dictators. India is increasingly a partner in this effort to maintain a liberal global order, by helping contain China’s burgeoning influence.
Buy the book War or Peace: The Struggle for World Power from Ideakart.com.