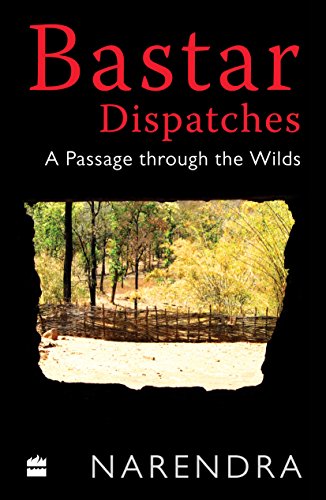 Abujhmad in the deep interiors of Bastar is inhabited by the Abujhmadias, a primitive hunter-gatherer tribe whom Verrier Elwin has called the Hill Murias. Abujhmad stands today as one of the few mirrors left the world over wherein modernity can view itself – its calamities and collapses. Abujhmad asks no questions of itself nor provides answers; neither are there searches, quests or creation of utopias, ideas and ideologies, elaborate languages, agricultures, technologies and endeavours. Based on the author’s over thirty years of association with Abujhmad (he is probably the first outsider to live there) and its contiguous areas in the Bastar division of Chhattisgarh, Bastar Dispatches brings out how forests and the wilds, humans and animals, distances, spaces and the skies, the knowns and unknowns together make up societies and intimacies. There is a nebulousness, an ‘undefined’ to Abujhmad’s ways. Written in what may be called the Adivasi sensibility of nurturing the tentative, the book provides a compelling narrative of a people at peace with themselves and nature, their dialect, their festivities, their delightful interactions.
Buy the book Bastar Dispatches: A Passage Through the Wilds from Ideakart.com.