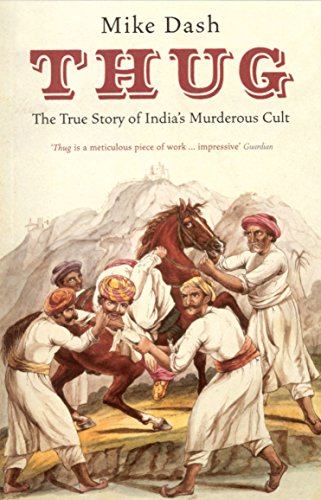 Never in recorded history has there been a group of murderers as deadly as the thugs. For nearly two centuries, groups of these lethal criminals haunted the roads of India, slaughtering travellers whom they met along the way with such efficiency that over the years tens of thousands of men, women and children simply vanished without trace. Mike dash, one of our best popular historians, has devoted years to combing archives in both India and Britain to discover how the thugs lived and worked. Painstakingly researched and grippingly written, thug tells, for the first time the full story of the thugs’ rise and fall from the cult’s beginnings in the late seventeenth century to its eventual demise at the hands of British east India company officer William sleeman in 1840.
Buy the book Thug: The True Story of India’s Murderous Cult from Ideakart.com.