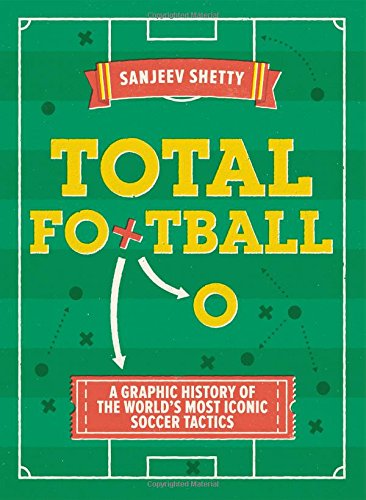 You’ve never seen football formations and tactic explored like they are in Total Football ever before. A must-have for football experts!

A goalkeeper, two defenders and eight attackers – it’s no surprise that in the 1950s under this popular formation scores like 9-3 were common. So what changed? Total Football tells the evolution of football tactics: from the birth of Total Football in the Netherlands to the dominance of tiki taka in Spain and Brazil, each chapter explores an iconic tactic.

Innovative graphics alongside expert text guide you through the manager decisions that developed new formations, the pure talent of players that defined each playing style and the matches that propelled the winning tactic to legendary status.

Sanjeev Shetty explores how each tactic works, how they came to dominate and how opponents worked to find a way to beat them. From Pele to Messi, Cruyff to Mourinho, Total Football explores the tactics that made the legends, giving you a new understanding of how the beautiful game is played.

Buy the book Total Football – A graphic history of the world’s most iconic soccer tactics: The evolution of football formations and plays from Ideakart.com.