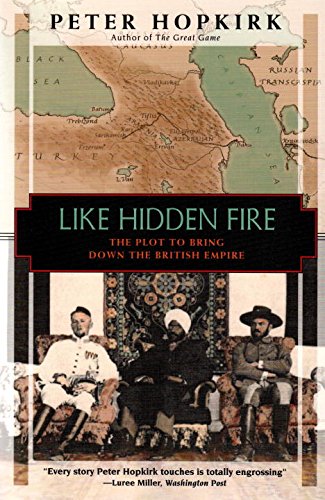 A GRIPPING STORY OF IMPERIAL AMBITION, SWASHBUCKLING ADVENTURE, AND THE KAISER’S OWN JIHAD.

An acclaimed historian tells, for the first time, the full story of the conspiracy between the Germans and the Turks to unleash a Muslim holy war against the British in India and the Russians in the Caucasus. Drawing on recently opened intelligence files and rare personal accounts, Peter Hopkirk skillfully reconstructs the Kaiser’s bold plan and describes the exploits of the secret agents on both sides—disguised variously as archaeologists, traders, and circus performers—as they sought to foment or foil the uprising and determine the outcome of World War I.
Buy the book Like Hidden Fire: The Plot to Bring Down the British Empire from Ideakart.com.