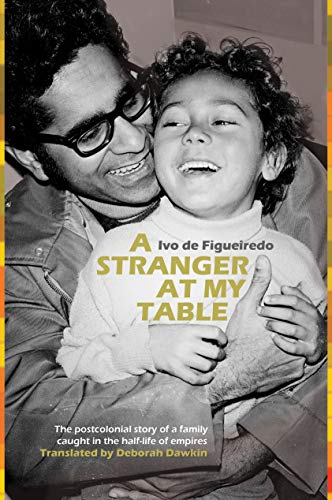 “A touching, contemplative chronicle of loss and self-discovery.” – Publishers Weekly From the acclaimed biographer of Norway’s most treasured cultural icons, Henrik Ibsen and Edvard Munch, comes a story of a migrant family in search of roots and for each other. Ivo de Figueiredo’s lyrical and imagistic memoir navigates a difficult search for the origins of his estranged father, which opens a door to a family history spanning four continents, five centuries and the rise and fall of two empires. At the age of 45, Figueiredo traces his father’s family in the diaspora. Having emigrated from the Portuguese colony of Goa on the west coast of India to British East Africa, and later to the West, his father’s ancestors were Indians with European ways and values–trusted servants of the imperial powers. But in postcolonial times they became homeless, redundant, caught between the age of empires and the age of nations. With lush descriptions and forthcoming honesty, A Stranger at My Table tells the story of a family unwittingly tied to two European empires, who paid the price for their downfall, weathering revolution and many forms of prejudice. The author’s trove of often-strange photographs, letters and recordings as well as his eye for the smallest details and double-meanings lead the reader down a mysterious path as his search for his family’s heritage results in a surprising reunification with his father and reconciliation with his past. Praise for Henrik Ibsen. The Man and the Mask, 2019 Ivo de Figueiredo’s work marks the high point in the long line of biographies of Ibsen that have been published since 1888. – Dagbladet This Ibsen-biography shares the quality of its subject: It is unsurpassable. […] Anybody with the slightest interest in literature should indulge in a meeting with the most important Norwegian contribution to world literature: The works of Henrik Ibsen. Outside of the plays themselves, there is no better place to start than Ivo de Figueiredo’s two books, “The Man” (2006) and “The Mask” (2007). – Klassekampen A jubilant outcry … it is this literary composition that makes Ivo de Figueiredo revise our understanding of Ibsen. – Dag Solstad Praise for Sleeping Sinner, The K ber Case. A true story of spiritualism, love and a possible murder, 2010 The book is so well written that I almost forgot that it was a book. It resembles a film or a court case. Figueiredo’s trick is to focus on the unsolved parts of the case […] Figueiredo deserves gratitude and admiration. – Aftenposten Wonderfully fascinating reading. Exciting like a crime novel, but from real life. – Varden Electrifyingly well written. The historian and writer, Ivo de Figueiredo, stylistically just gets better and better […] It is like a thriller you cannot put down. – VG+
Buy the book A Stranger at My Table: The postcolonial story of a family caught in the half-life of empires from Ideakart.com. 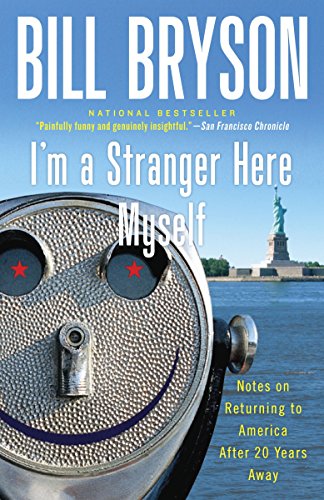 After living in Britain for two decades, Bill Bryson recently moved back to the United States with his English wife and four children (he had read somewhere that nearly 3 million Americans believed they had been abducted by aliens—as he later put it, “it was clear my people needed me”). They were greeted by a new and improved America that boasts microwave pancakes, twenty-four-hour dental-floss hotlines, and the staunch conviction that ice is not a luxury item.

Delivering the brilliant comic musings that are a Bryson hallmark, I’m a Stranger Here Myself recounts his sometimes disconcerting reunion with the land of his birth. The result is a book filled with hysterical scenes of one man’s attempt to reacquaint himself with his own country, but it is also an extended if at times bemused love letter to the homeland he has returned to after twenty years away.
Buy the book I’m a Stranger Here Myself: Notes on Returning to America After 20 Years Away from Ideakart.com. 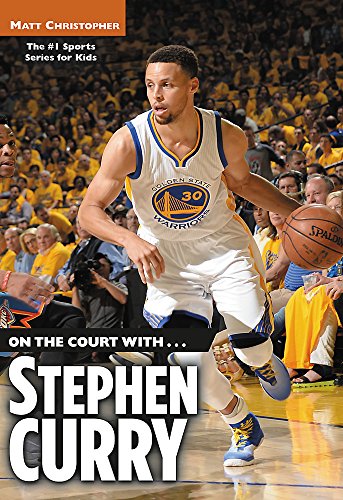 Steph Curry is a two-time NBA Most Valuable Player, record-breaker, and Finals champion who electrifies fans with his incredible on-court feats. He’s also a dedicated husband, father, and philanthropist who inspires people on and off the court. Learn more about this remarkable athlete in this biography, complete with stats and photographs.
Buy the book On the Court with…Stephen Curry from Ideakart.com. 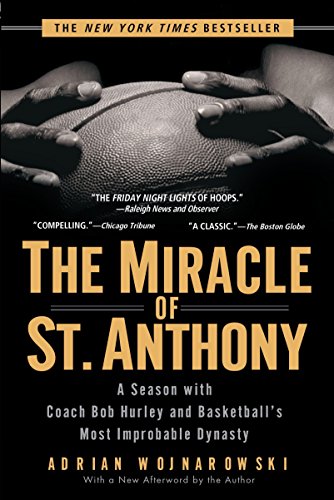 In a city mired in endless decay, where the youth suffer through all the horrors of urban blight, hope comes in a most unassuming form: a tiny brick schoolhouse run by two Felician nuns where a singular basketball genius takes teenagers from the mean streets of Jersey City and turns them into champions on the hardcourt. Coach Bob Hurley had been working miracles at St. Anthony High School for over thirty years, winning state and national championships and offering his players rescue from their surroundings through college scholarships, when he met his most dysfunctional team yet. In The Miracle of St. Anthony Adrian Wojnarowski follows Hurley through a gripping and heartrending season as he struggles to lead a troubled team to glory through his unparalleled understanding of the game and his ceaseless determination to see no more children lost to these streets.

In The Miracle of St. Anthony, acclaimed sports journalist Adrian Wojnarowski follows Hurley through a gripping and heartrending season, as he struggles to lead a troubled team to glory through his unparalleled understanding of the game and his ceaseless determination to see no more children lost to the city streets.

Buy the book The Miracle of St. Anthony: A Season with Coach Bob Hurley and Basketball’s Most Improbable Dynasty from Ideakart.com. 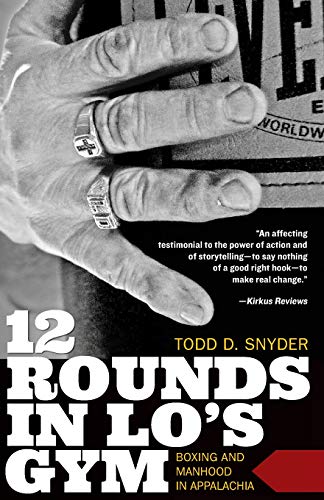 Questions of class and gender in Appalachia have, in the wake of the 2016 presidential election and the runaway success of Hillbilly Elegy, moved to the forefront of national conversations about politics and culture. From Todd Snyder, a first generation college student turned college professor, comes a passionate commentary on these themes in a family memoir set in West Virginia coal country. 12 Rounds in Lo’s Gym is the story of the author’s father, Mike “”Lo”” Snyder, a fifth generation West Virginia coal miner who opened a series of makeshift boxing gyms with the goal of providing local at-risk youth with the opportunities that eluded his adolescence. Taking these hardscrabble stories as his starting point, Snyder interweaves a history of the region, offering a smart analysis of the costs – both financial and cultural – of an economy built around extractive industries. Part love letter to Appalachia, part rigorous social critique, readers may find 12 Rounds in Lo’s Gym – and its narrative of individual and community strength in the face of globalism’s headwinds – a welcome corrective to popular narratives that blame those in the region for their troubles.
Buy the book 12 Rounds in Lo’s Gym: Boxing and Manhood in Appalachia from Ideakart.com. 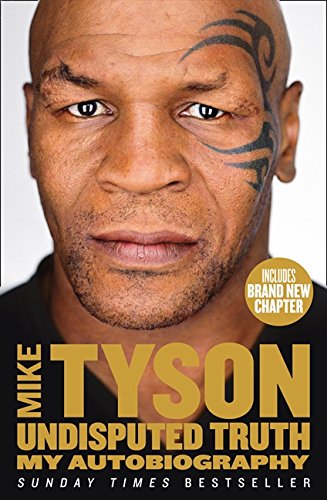 One of the most talked-about and bestselling books of last year, this is the no-holds-barred autobiography of a sporting legend driven to the brink of self-destruction

The bestseller that has everyone talking.
In this, his first, autobiography, ‘Iron’ Mike Tyson pulls no punches and lays bare the story of his remarkable life and career. Co-written with Larry Sloman, author of Antony Keidis’s best-selling memoir ‘Scar Tissue’, this is a visceral, and unputdown-able story of a man born and raised to brutality, who reached the heights of stardom before falling to crime, substance abuse and infamy.
Full of all the controversy and complexity that you would expect from a man who delighted as much as he shocked, this is a book that will surprise and reveals a fascinating character beneath the exterior of violence.
If you think you know all about Mike Tyson, read this book and think again.

Buy the book Undisputed Truth: My Autobiography from Ideakart.com. 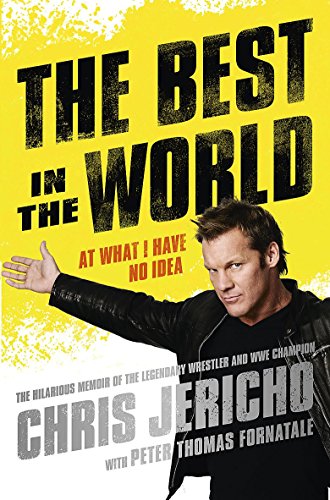 The two-time bestselling author, wrestler and metal rocker returns with another insightful and hilarious memoir.

Inspired by Anton Chigurh, Javier Bardem’s character in No Country for Old Men, Chris Jericho decided to put down his guitar, ease off on the red-carpet appearances in Hollywood and return to ring. What followed were the best three years of his wrestling career.

A trilogy that began with A LION’S TALE and was followed by the bestselling UNDISPUTED now concludes with a behind-the-scenes account of Jericho becoming WON WRESTLER OF THE YEAR for two consecutive years in 2008 and 2009. The book also features the final word on Jericho’s feuds with Shawn Michaels and Rey Mysterio, his run-in with Mickey Rourke, life hanging out with the likes of Ozzy Osbourne, Mike Tyson and Lars Ulrich, and the resurrection of his band Fozzy, which saw them play to huge audiences in the UK and Europe and support Metallica.

Buy the book The Best in the World: At What I Have No Idea from Ideakart.com.