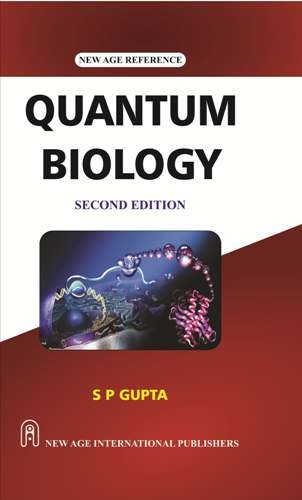 The book aims at providing the fundamental concepts of quantum theory and its applications to biological problems. Since the advent of quantum theory, physicists started thinking that it must play an important role in biology, because organisms, like everything else, are made of matter and it is one of the functions of quantum theory to describe the matter. The quantum mechanics, the subject dealing with the quantum theory and its applications, stands today to explain almost all biological phenomena ranging from the growth of a cell to the death of an organism. Therefore, a need has always been felt to have a book on the subject which specifically deals with the quantum mechanical methods applicable to biology. The present book fulfils this need and is expected to be highly useful not only to the students graduating in biological sciences but also to those doing research in any area in this branch of science.
The book starts with the fundamental concept of quantum theory and goes up to explaining, eloquently, its applications to various biological phenomena including drug-receptor interactions. It covers all, simplest to sophisticated, quantum mechanical (molecular orbital) methods developed so far and presents them in a very lucid way. To understand the book, a reader does not require more than a background in college-level physics, chemistry and mathematics.
Buy the book Quantum Biology from Ideakart.com.