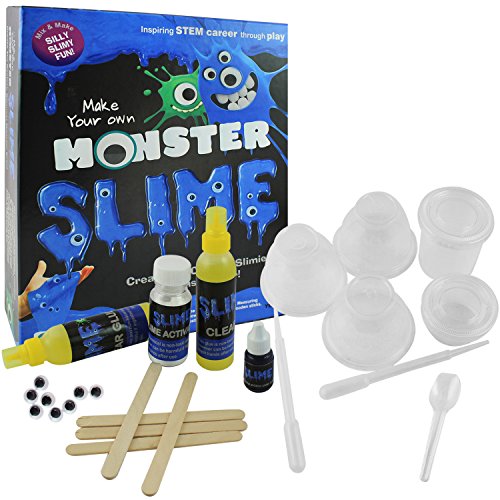 The slimy lab kit includes everything you need to make your very one slime! experiment with neon and glitter slime.Mix and match or keep it simple- its up to you! make it your way! its ooey gooey stretchy fun! A young science kit to encourage early STEM learning and scientific thinking while having fun!
Buy the book Ekta Monster Slime Lab | Non-Toxic | Toy for 8 Years | Slime Lab kit | Do-it-Yourself from Ideakart.com. 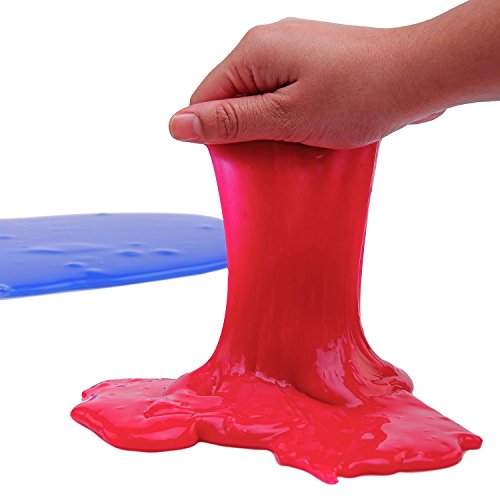 Slime Making Kit. Make 10 Types of Slime with Borax at Home with Mixing Simple Chemicals . Difficulty Level – Medium. 10Types of Slime are Colored Slime, Galaxy Glitter Slime, Candy Slime , Yucky Clear Slime,Alien Slime Slime Kit includes all The materials , Borax, ingredients , Tools, Activity Guide to conduct the Activities at Home Great Fun and Learning of Chemistry for Children of Age 3 Years and Above for Boys and Girls
Buy the book Orangeidea.in Slime Making Kit.Make 10 Types of Slime with Borax for 3 Years and Above. from Ideakart.com. 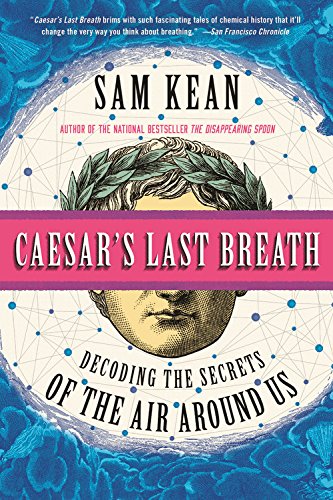 The fascinating science and history of the air we breathe

It’s invisible. It’s ever-present. Without it, you would die in minutes. And it has an epic story to tell.

In Caesar’s Last Breath, New York Times bestselling author Sam Kean takes us on a journey through the periodic table, around the globe, and across time to tell the story of the air we breathe, which, it turns out, is also the story of earth and our existence on it.

With every breath, you literally inhale the history of the world. On the ides of March, 44 BC, Julius Caesar died of stab wounds on the Senate floor, but the story of his last breath is still unfolding; in fact, you’re probably inhaling some of it now. Of the sextillions of molecules entering or leaving your lungs at this moment, some might well bear traces of Cleopatra’s perfumes, German mustard gas, particles exhaled by dinosaurs or emitted by atomic bombs, even remnants of stardust from the universe’s creation.

Tracing the origins and ingredients of our atmosphere, Kean reveals how the alchemy of air reshaped our continents, steered human progress, powered revolutions, and continues to influence everything we do. Along the way, we’ll swim with radioactive pigs, witness the most important chemical reactions humans have discovered, and join the crowd at the Moulin Rouge for some of the crudest performance art of all time. Lively, witty, and filled with the astounding science of ordinary life, Caesar’s Last Breath illuminates the science stories swirling around us every second.
Buy the book Caesar’s Last Breath: And Other True Tales of History, Science, and the Sextillions of Molecules in the Air Around Us from Ideakart.com. 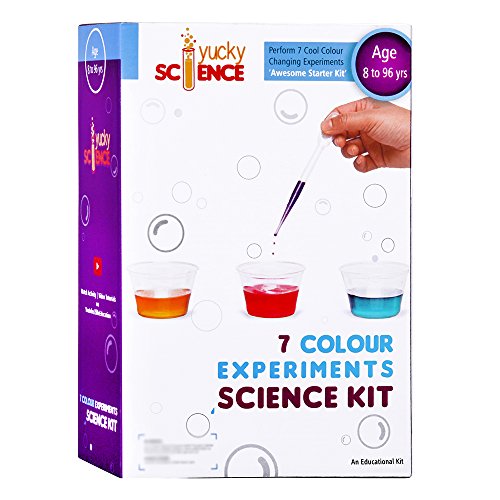 Become a little scientist and explore science with the ‘7 Color Experiments Science Kit’ Kids aged 6 years and older can perform these experiments and watch some colourful reactions. With this kit, your child can perform 5 types of experiments: Color Changing Volcano, Lava Lamp, Mini Volcano, Color Burst, Magical Colour Change, Natural pH strips, Melting Slime. You can also get creative and experiment with the chemicals to see the fizzy reactions. The kit contains all the required chemicals sufficient to perform the experiments at least 3 times. It also contains tools including pipettes, spatulas, mixing bowls and much more to perform all the experiments in the kit. However, some simple household materials may be needed. The kit also contains a detailed manual and a video tutorial on YouTube for the experiments. ‘Yucky Science’ is a series of fun science experiments conceptualized by Zlife Education. The ‘7 Color Experiments Science Kit’ box of Yucky Science contain all the ingredients and tools that can be used to perform fun chemical reactions! This kit is a beginner’s kit for exploring their interest in science. Through the experiments, kids can build their curiosity and improve their hands-on skills. The experiments will introduce kids to the world of chemistry. The kids can learn the properties of acids and bases while they perform the experiments. It is a fun and innovative approach to introduce your child to science. All the experiments are safe and non hazardous. However, adult supervision is preferred. What’s in the box? Corn Starch (35gms), Citric Powder (35gms),Baking Soda(20 Gms), Colour Changing Agent (6gms), Pipette (3ml-2pcs), Water Colour (3pcs), TestTube (2pcs), Cotton Stick (5pcs),Fizz Tablets (2pcs), Measuring Beaker, Mixing Bowl(3pcs), Mixing Spoon(5pcs),pH Cloth , Spatula (1pcs), Instruction Manual (1pc)
Buy the book Yucky Science 7 Colour Experiments Science Kit. Awesome Starter Kit for Boys and Girls 6 Years and Above. Multicolor from Ideakart.com. 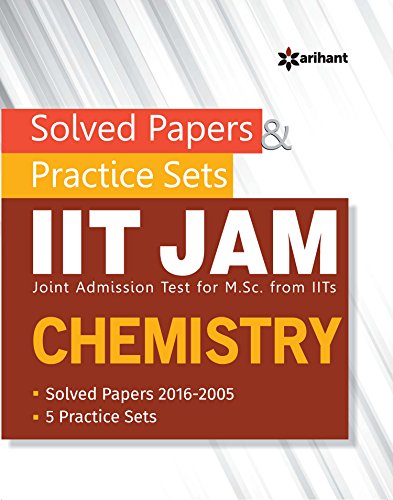 The Indian Institutes of Technology (IIT) conduct the Joint Admission Test (JAM) for admission to Master of Science (M.Sc.) programme offered by the IITs. This book has been designed for the aspirants preparing for IIT JAM Chemistry 2017.

As the book contains ample number of solved previous years’ papers as well as practice material, it for sure will help aspirants score high in the upcoming IIT JAM Chemistry 2017.

Microfluidics deals with fluids flowing in miniaturized systems. It is a young discipline, which is expected to substantially expand over the next few years, stimulated by the considerable development of applications in the pharmaceutical, biomedical and chemical engineering domains. The book is an introduction to this discipline. The first chapter presents a short historical background and discusses the main perspectives of the domain, at economical and scientific levels. Then the physics of miniaturization and the fluid mechanics of microflows are discussed. In the following three chapters, dispersion, electrical and thermal phenomena in miniaturized devices are presented. A brief introduction to microfabrication techniques is given in Chap VI and the book concludes by providing a few examples of microfluidic systems. Introduction to Microfluidics is written in a simple, direct, pedagogical way; it emphasizes concepts and understanding, rather than technical detail. It offers a cross-disciplinary view of the field, embracing biological, chemical, physical and engineering perspectives. The book wil provide the reader with the concepts, methods and data they need to grasp situations which typically arise in microfluidic systems.
Buy the book Introduction to Microfluidics from Ideakart.com.

Outlines of Biochemistry
You can buy the book from Ideakart.com.