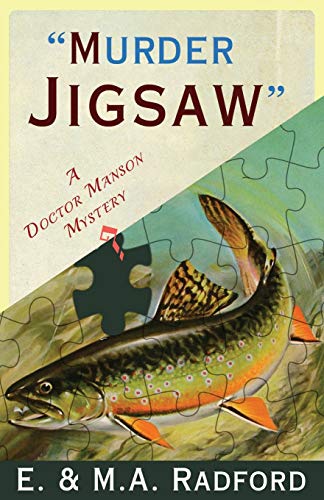 “Jiminy! He’s going to fish for him.”

A small Cornish fishing hotel, The Tremarden Arms, is renowned for its adjacent waters where guests fish for salmon and trout. The unpleasant Colonel Donoughmore is found drowned in a salmon pool in the hotel grounds. He was dressed for fishing and his rod was on the bank nearby. The local Police concluded it was an unfortunate accident but Doctor Manson finds two peculiar circumstances which convinced him that this was a skilfully contrived murder. There were fellow fishermen out on the river banks near to where the Colonel was found dead, two of whom had publicly uttered threats against him. Furthermore, several other hotel guests had strong financial motives for removing him.

“If these Radfords can keep writing thrillers of this class, they are going to take their rightful place very near the top” Liverpool Evening Express 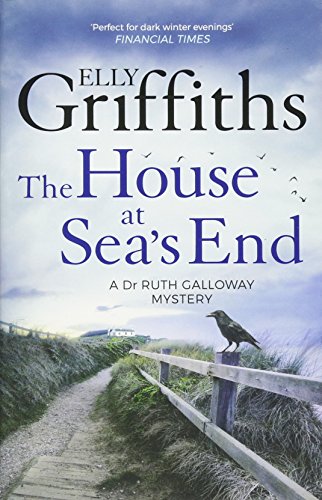 WNNER OF THE 2016 CWA DAGGER IN THE LIBRARY. The shadow of the Second World War looms dark over the third chilling mystery for Dr Ruth Galloway. Some buried secrets shouldn’t be uncovered.

Dr Ruth Galloway is called in by a team of archaeologists investigating coastal erosion on the north Norfolk coast, when they unearth six bodies buried at the foot of a cliff. They seem to have been there a very long time. Ruth must help discover how long, and how on earth they got there.

Ruth and DCI Nelson are drawn together once more to unravel the past. Tests reveal that the bodies have lain, preserved in the sand, for sixty years. The mystery of their deaths stretches back to the Second World War, a time when Great Britain was threatened by invasion.

Ruth thought she knew the history of Norfolk – she’s about to find out just how wrong she was, and how far someone will go to keep their secrets buried.

Buy the book The House at Sea’s End: The Dr Ruth Galloway Mysteries 3 from Ideakart.com. 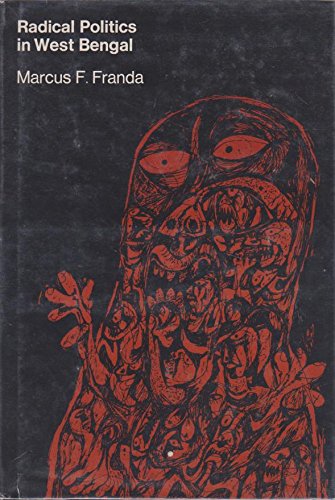 This study is the result of the author’s personal involvement with Bengal over an extended period of time. In an attempt to build an understanding of the forces impinging on the communist movement in Bengal, Professor Franda focuses on the communists as political calculators and on the environment (regional, national, and international) in which they have their origins. While the scope of the study includes the Marxist Left in Bengal, more attention is paid to the communists because of their central role in developing organizational models and strategies for all leftist parties in the Bengali-speaking region.The principal concern of the author is to trace the extent to which the Communist and Marxist Left parties have been able to modify the basic political alignments that came into being with Independence. He concludes that the failure of the communists in Bengal ultimately stems from the failure of all of India’s party leaders to devise a means for bringing about fundamental political transformations in Bengal and in the country as a whole.This book will be useful to those interested in Indian politics and, more generally, to students of revolution, radical movements, political development, communist studies, and Asian politics.”Contents: ” 1. Introduction 2. Party Leadership: Sources of Elite Recruitment 3. Factional Conflict and Party Organizations 4. Sino-Soviet Conflict and the Split 5. Electoral Politics and Political Power 6. Political Power and the Revolt of the Maoists 7. The CPM and Partial Political Power 8. The CPI and National Coalition Building 9. Communism in a Bengali Environment
Buy the book Radical Politics in West Bengal from Ideakart.com. 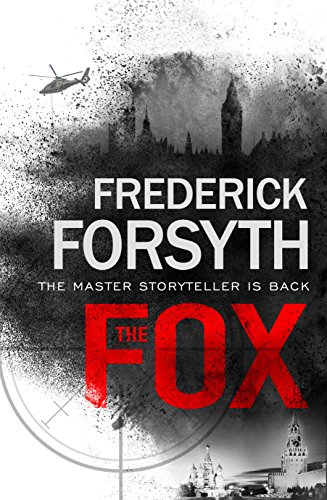 The master storyteller is back with a classic race-against-time thriller with a modern edge. Most weapons do what you tell them. Most weapons you can control. But what if the most dangerous weapon in the world isn’t a smart missile or a stealth submarine or even an AI computer programme?What if it’s a 17-year-old boy with a blisteringly brilliant mind, who can run rings around the most sophisticated security services across the globe, who can manipulate that weaponry and turn it against the superpowers themselves? How valuable would he be? And what wouldn’t you do to get hold of him? The Fox is a race-against-time thriller across continents to find and capture, or protect and save, an asset with the means to change the balance of world power. Whatever happens he must not fall into the wrong hands. Because what follows after that is unthinkable…
Buy the book The Fox from Ideakart.com. 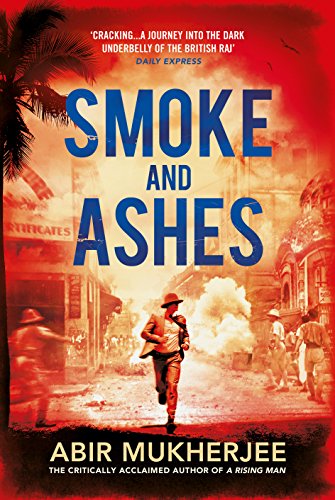 **From the winner of the 2017 CWA Historical Dagger Award**

India, 1921. Haunted by his memories of the Great War, Captain Sam Wyndham is battling a serious addiction to opium that he must keep secret from his superiors in the Calcutta police force.

When Sam is summoned to investigate a grisly murder, he is stunned at the sight of the body: he’s seen this before. Last night, in a drug addled haze, he stumbled across a corpse with the same ritualistic injuries. It seems like there’s a deranged killer on the loose. Unfortunately for Sam, the corpse was in an opium den and revealing his presence there could cost him his career.

With the aid of his quick-witted Indian Sergeant, Surrender-not Banerjee, Sam must try to solve the two murders, all the while keeping his personal demons secret, before somebody else turns up dead.

Set against the backdrop of the fervent fight for Indian independence, and rich with the atmosphere of 1920s Calcutta, Smoke and Ashes is the brilliant new historical mystery in this award-winning series.
Buy the book Smoke and Ashes from Ideakart.com. 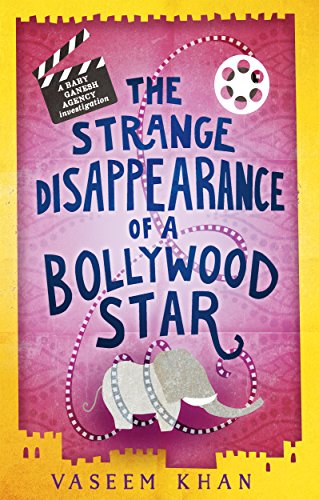 The enchanting new Baby Ganesh Agency novel sees Inspector Chopra and his elephant sidekick investigating the dark side of Bollywood. Mumbai thrives on extravagant spectacles and larger-than-life characters. But even in the city of dreams, there is no guarantee of a happy ending. Rising star and incorrigible playboy Vikram Verma has disappeared, leaving his latest film in jeopardy. Hired by Verma’s formidable mother to find him, Inspector Chopra and his sidekick, baby elephant Ganesha, embark on a journey deep into the world’s most flamboyant movie industry. As they uncover feuding stars, failed investments and death threats, it seems that many people have a motive for wanting Verma out of the picture. and yet, as Chopra has long suspected, in Bollywood the truth is often stranger than fiction.
Buy the book The Strange Disappearance of a Bollywood Star (Baby Ganesh Agency) from Ideakart.com.

The enchanting new Baby Ganesh Agency novel sees Inspector Chopra and his elephant sidekick investigating the dark side of Bollywood. Mumbai thrives on extravagant spectacles and larger-than-life characters. But even in the city of dreams, there is no guarantee of a happy ending. Rising star and incorrigible playboy Vikram Verma has disappeared, leaving his latest film in jeopardy. Hired by Verma’s formidable mother to find him, Inspector Chopra and his sidekick, baby elephant Ganesha, embark on a journey deep into the world’s most flamboyant movie industry. As they uncover feuding stars, failed investments and death threats, it seems that many people have a motive for wanting Verma out of the picture. and yet, as Chopra has long suspected, in Bollywood the truth is often stranger than fiction.
Buy the book The Strange Disappearance of a Bollywood Star (Baby Ganesh Agency) from Ideakart.com. 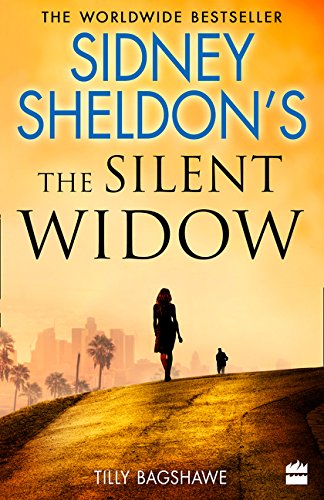 Sweeping from Mexico City to the dark underbelly of LA, The Silent Widow has all the trademark glamour, suspense and unexpected twists of a classic Sidney Sheldon novel.

A young American au pair, Charlotte Clancy, vanishes without a trace in Mexico City. The case is left cold, but its legacy will be devastating.

A decade later, LA is shaken by a spate of violent murders. Psychologist Nikki Roberts is the common link between the victims, her patients at the heart of this treacherous web.

When someone makes an attempt on Nikki’s life, it’s clear she is a marked woman.Nikki makes a living out of reading people, drawing out their secrets, but the key to this shocking pattern eludes her. With the police at a dead end Nikki drafts in Derek Williams, a PI who isn’t afraid to put his hand into the hornet’s nest. Williams was thwarted in the notorious Charlotte Clancy case all those years ago, but what he unearths in LA – and the mention of one name in particular – leaves him cold, and takes him on a dangerous path into the past.

A shadowy manipulator has brought his deadly game to the streets of LA. In a crime spanning generations, it seems Nikki Roberts knows all too much – and a ruthless killer knows the price of her silence.

In this crooked city, where enemies and friends are one and the same, Nikki must be the master of her own escape . .
Buy the book Sidney Sheldon’s The Silent Widow from Ideakart.com.