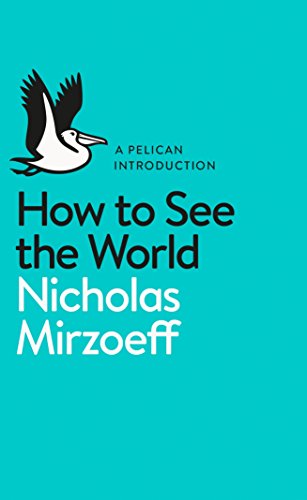 Since the rise of the internet and personal computers, we have seen an exponential increase in the number of visual images around us. From YouTube to Instagram, video games to installation art, this dramatic visual transformation is liberating, confusing and worrying all at once. Nicholas Mirzoeff is a leading figure in the burgeoning field of visual culture, which aims to make sense of the images and artefacts all around us. In the first book to explain this fascinating and timely subject to the general reader, Mirzoeff draws on art history, theory and everyday experience to provide an engaging, approachable introduction to how visual materials shape our lives.
Buy the book How to See the World (Pelican Books) from Ideakart.com. 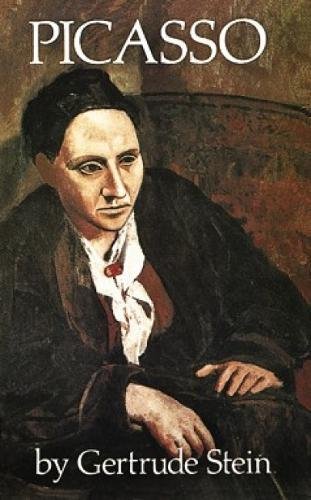 For more than a generation, Gertrude Stein’s Paris home at 27 rue de Fleurus was the center of a glittering coterie of artists and writers, one of whom was Pablo Picasso. In this intimate and revealing memoir, Stein tells us much about the great man (and herself) and offers many insights into the life and art of the 20th century’s greatest painter.
Mixing biological fact with artistic and aesthetic comments, she limns a unique portrait of Picasso as a founder of Cubism, an intimate of Appollinaire, Max Jacob, Braque, Derain, and others, and a genius driven by a ceaseless quest to convey his vision of the 20th century. We learn, for example, of the importance of his native Spain in shaping Picasso’s approach to art; of the influence of calligraphy and African sculpture; of his profound struggle to remain true to his own vision; of the overriding need to empty himself of the forms and ideas that welled up within him.
Stein’s close relationship with Picasso furnishes her with a unique vantage point in composing this perceptive and provocative reminiscence. It will delight any admirer of Picasso or Gertrude Stein; it is indispensable to an understanding of modern art. 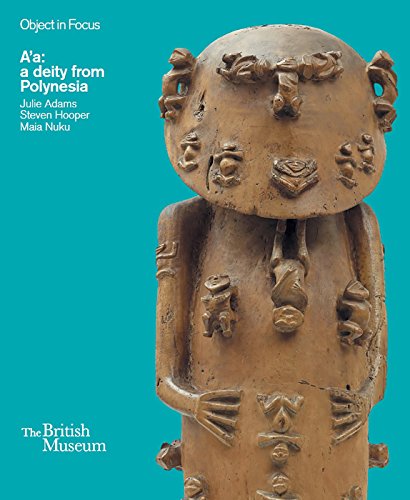 This world-renowned sculpture is a unique figure in Polynesian art. An image of a deified ancestor, A’a was created sometime before 1821 on the island of Rurutu. Thirty dynamic figures stud his body, and the excellence of his craftsmanship suggests that his hollow interior once contained something of great cultural importance. Research undertaken ahead of the forthcoming exhibition revealed a small red feather lodged inside the statue and encouraged the curators to begin a range of scientific tests that had been unavailable to previous generations. Their revelations about the meaning and function of A’a are published here for the first time. A’a has been inspiring visitors since its arrival at the Museum in 1890, as much for its dramatic backstory as for its workmanship. The missionary John Williams saved the statue from being burned, but met an untimely end himself in the course of his work. The statue was a sensation when it arrived in England and inspired artists and poets for decades – Picasso was so struck by it that he had a copy made for himself. A’a is an idol in every sense of the word, and this book aims to inspire a new audience with his story.
Buy the book A’a: a deity from Polynesia (Objects in Focus) from Ideakart.com. 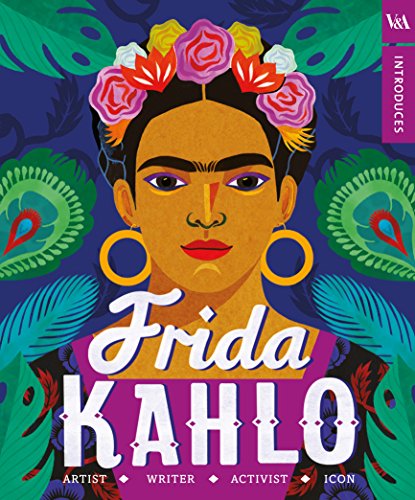 This vibrant mini-hardback explores the life and dress of Frida Kahlo and is filled with Mexican-influenced patterns, photographs of key people and illustrations of her wardrobe. Kahlo has inspired many with her fashion, art and life, and this beautiful book considers what made her so unique.
Buy the book V&A Introduces – Frida Kahlo (V&a Introduces 3) from Ideakart.com. 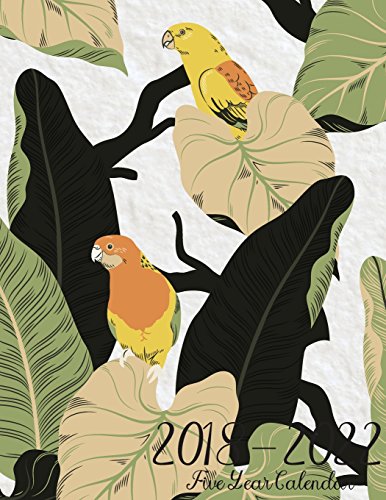 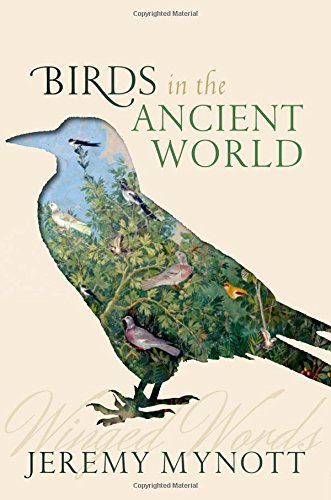 Birds pervaded the ancient world, impressing their physical presence on the daily experience and imaginations of ordinary people and figuring prominently in literature and art. They provided a fertile source of symbols and stories in myths and folklore and were central to the ancient rituals of augury and divination.

Jeremy Mynott’s Birds in the Ancient World illustrates the many different roles birds played in culture: as indicators of time, weather and the seasons; as a resource for hunting, eating, medicine and farming; as domestic pets and entertainments; and as omens and intermediaries between the gods and humankind.

We learn how birds were perceived – through quotations from well over a hundred classical Greek and Roman authors, all of them translated freshly into English, through nearly 100 illustrations from ancient wall-paintings, pottery and mosaics, and through selections from early scientific writings, and many anecdotes and descriptions from works of history, geography and travel.

Jeremy Mynott acts as a stimulating guide to this rich and fascinating material, using birds as a prism through which to explore both the similarities and the often surprising differences between ancient conceptions of the natural world and our own. His book is an original contribution to the flourishing interest in the cultural history of birds and to our understanding of the ancient cultures in which birds played such a prominent part.
Buy the book Birds in the Ancient World: Winged Words from Ideakart.com. 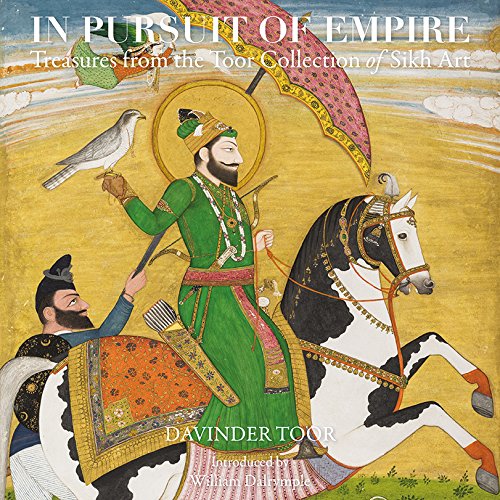 Two centuries ago, Punjab’s Sikh ruling elite lavishly patronised artists and craftsmen to enhance the extraordinary splendour of their flourishing empire. A sumptuous array of objects fit for Sikh kings, queens, warriors and saints were produced by skilled artisans to reflect a vibrant and potent new power on the world’s stage. By the mid-19th century, the Sikh kingdom had met its demise at the hands of the British Empire. With the loss of Sikh patronage, artistic production switched to serve the tastes of the new colonial rulers, bringing to an end a unique cultural endeavour. Over the next century and a half, original Sikh artefacts gradually dispersed across the globe, often as official gifts, prized auction purchases and also as loot. Some of these remnants of empire ended up in institutional collections, while others were bartered and sold by collectors. Through the remarkable achievements of one such collector who pursued his passion to create the world’s finest private collection of Sikh art, this book reveals the lasting legacy of the Sikh Empire.
Buy the book In Pursuit Of Empire: Treasures from the Toor Collection of Sikh Art from Ideakart.com. 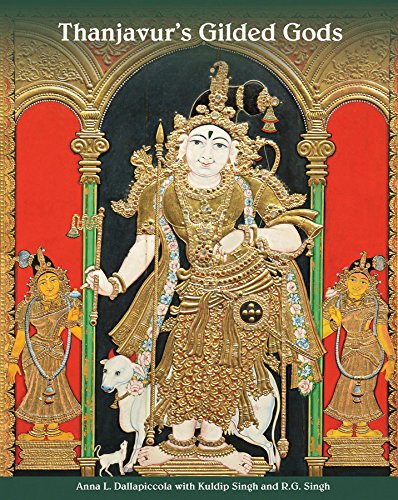 – Comparatively little scholarly work has been done on South Indian paintings from Thanjavur and Mysuru – The works illustrated here display a variety of idioms within the South Indian tradition, both religious – images of deities, saints and temple plans – and non-religious – portraits of maharajas, religious personalities and ordinary devotees – Featuring many previously unseen pictures Tanjore paintings remain among the most popular artworks in our homes – avidly collected but little understood. This volume presents an enhanced understanding of the subject through an in-depth study of South Indian paintings of the 18th and 19th centuries from Thanjavur and its allied style of Mysuru. The richly researched and illustrated text showcases and engages with Kuldip Singh’s unique collection of 300 paintings. Also included are painted prints, some reverse-glass works and a few lithographs. These cover a wide range of idioms and themes. From the domain of gods and goddesses and the sites and stories associated with their worship, we come down to the realm of their human patrons with portraits made of maharajas, priests and ordinary individuals. We also gain a glimpse of the different regions and schools that come under the larger ambit of the term ‘South Indian’ paintings. A historical and cultural background provides an overview and context to the material while a description of technique and an analysis of styles highlights an aesthetic appreciation. In addition to a focus on the process of conserving and preserving these works, the book looks at the contemporary status of this form which is experiencing a revival within the art market.
Buy the book Thanjavur’s Gilded Gods: South Indian Paintings in the Kuldip Singh Collection from Ideakart.com. 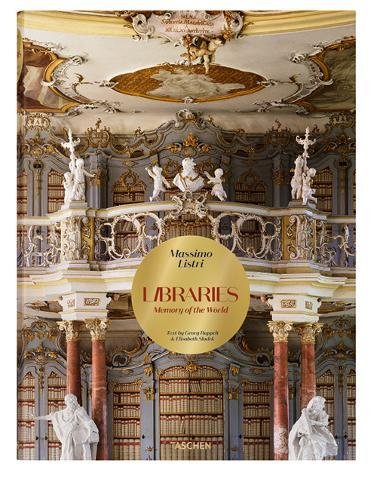 From the mighty halls of ancient Alexandria to a camel bookmobile on the Kenyan-Somali border, human beings have had a long, enraptured relationship with libraries. Like no other concept and like no other space, the collection of knowledge, learning, and imagination offers a sense of infinite possibility. It’s the unrivaled realm of discovery, where every faded manuscript or mighty clothbound tome might reveal a provocative new idea, a far-flung fantasy, an ancient belief, a religious conviction, or a whole new way of being in the world.In this new photographic journey, Massimo Listri travels to some of the oldest and finest libraries to reveal their architectural, historical, and imaginative wonder. Through great wooden doors, up spiraling staircases, and along exquisite, shelf-lined corridors, he leads us through outstanding private, public, educational, and monastic libraries, dating as far back as 766. Between them, these medieval, classical, baroque, rococo, and 19th-century institutions hold some of the most precious records of human thought and deed, inscribed and printed in manuscripts, volumes, papyrus scrolls, and incunabula. In each, Listri’s poised images capture the library’s unique atmosphere, as much as their most prized holdings and design details.Featured libraries include the papal collections of the Vatican Apostolic Library, Trinity College Library, home to the Book of Kells and Book of Durrow, and the priceless holdings of the Laurentian Library in Florence, the private library of the powerful House of Medici, designed by Michelangelo. With meticulous descriptions accompanying each featured library, we learn not only of the libraries’ astonishing holdings-from which highlights are illustrated-but also of their often lively, turbulent, or controversial pasts. Like Altenburg Abbey in Austria, an outpost of imperial Catholicism repeatedly destroyed during the European wars of religion, or the Franciscan monastery in Lima, Peru, with its horde of archival Inquisition documents.At once a bibliophile beauty pageant, an ode to knowledge, and an evocation of the particular magic of print, Massimo Listri Libraries. Memories of the World is above all a cultural-historical pilgrimage to the heart of our halls of learning, to the stories they tell, as much as those they gather in printed matter along polished shelves.
Buy the book Massimo Listri. The World’s Most Beautiful Libraries from Ideakart.com. 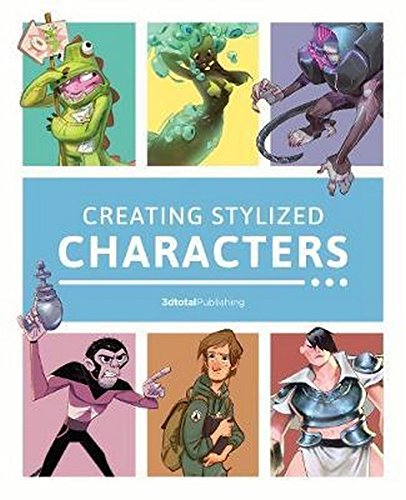 Creating Stylized Characters gives readers a valuable insight into the popular art of character design. Professional illustrators, animators and cartoonists, well versed in creating characters for video games, comics and film, guide the reader through accessible tutorial projects packed with images and advice. Any budding artist will soon be able to draw characters of all ages, shapes and sizes! This entertaining, beginner-friendly book is applicable to both digital and traditional media, and delves into many essential aspects of the character development process, from real-world research, to sketching gestures and poses, to exploring different genres, personalities and styles.
Buy the book Creating Stylized Characters from Ideakart.com.