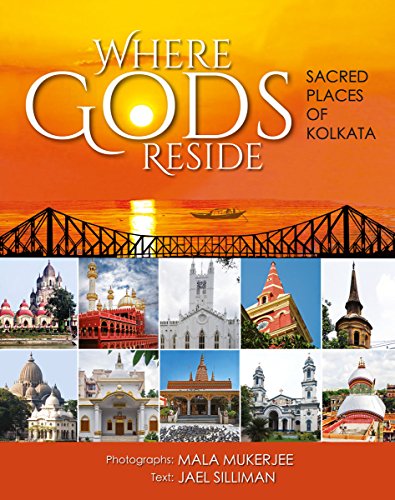 Portuguese, Armenians, English, Scots, Jews, Parsis, Greeks, Japanese and Chinese had come to Kolkata from the eighteenth century to reap their fortunes. A constellation of impressive religious edifices that is linked to the City’s mercantile history was the result. Hindu, Sikh, Muslim, Jain and Buddhist communities from across the subcontinent also built places of worship in the same city. In this book, Kolkata’s unique spiritual heritage is presented through splendid photographs of its diverse places of worship that are symbols of Kolkata’s composite culture. The narrative, that accompanies each place of worship featured, provides readers with insights into the City’s history as well as introduces the customs and traditions of the array of communities who made the city their home. The multi-religious ethos of the city is especially important today when diversity is increasingly being threatened by forces of homogeneity and globalization.
Buy the book Where Gods Reside: Sacred Places of Kolkata from Ideakart.com. 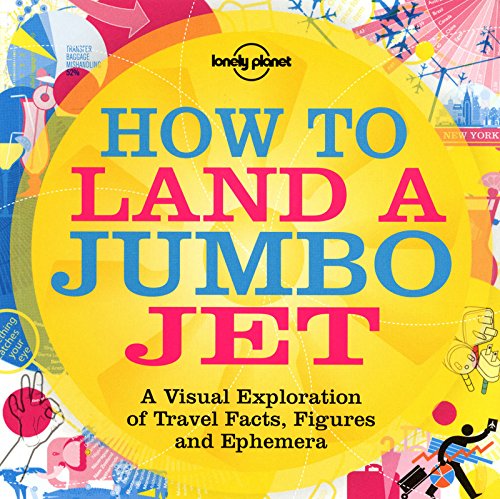 Lonely Planet: The world’s leading travel guide publisher* A Visual Exploration of Travel Facts, Figures and Ephemera! How to Land a Jumbo Jet is your visual guide to the way we live, travel and inhabit the globe. Everything you ever needed to know about the world, brought to life and made intelligible by designers from all around the world. INFORMATION VISUALISED! * Where is the best place to experience a volcano? * How do you eat an ackee (and not get sick)? * Which edible bugs are really worth the calories? * Which nation is the proudest in the world? * Why does your luggage occasionally disappear? Authors: Written and researched by Lonely Planet, Nigel Holmes About Lonely Planet: Started in 1973, Lonely Planet has become the world’s leading travel guide publisher with guidebooks to every destination on the planet, as well as an award-winning website, a suite of mobile and digital travel products and a dedicated traveller community. Lonely Planet’s mission is to enable curious travellers to experience the world and to truly get to the heart of the places where they travel. TripAdvisor Travellers’ Choice Awards 2012 and 2013 winner in Favorite Travel Guide category ‘Lonely Planet guides are, quite simply, like no other. ‘ – New York Times ‘Lonely Planet. It’s on everyone’s bookshelves; it’s in every traveller’s hands. It’s on mobile phones. It’s on the Internet. It’s everywhere and it’s telling entire generations of people how to travel the world. ‘ – Fairfax Media (Australia) *#1 in the world market share – source: Nielsen Bookscan. Australia, UK and USA. March 2012-January 2013
You can buy the book from Ideakart.com.