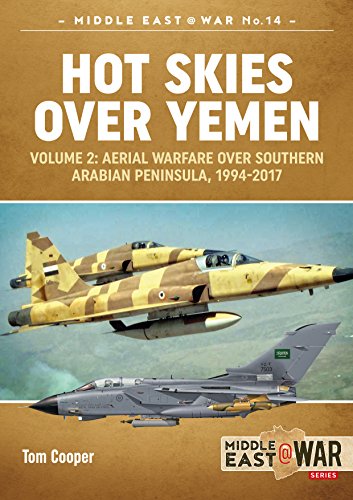 Following the Civil War of 1994, Yemen experienced few years of relative peace. This was rudely interrupted in 2004, when the government opened the first of six campaigns against the movement colloquially known as `Houthis’. The Yemeni Air Force – partially re-equipped over the previous years – saw intensive involvement in this conflict, but proved insufficient. In late 2009 and through 2010, the war spread into Saudi Arabia, which reacted with its first military intervention in the country. A host of long-simmering internal conflicts culminated in the second Saudi-led military intervention in Yemen, launched in March 2015. Although run along widely accepted Western doctrine of aerial warfare, and highly effective, the campaign in question experienced a number of massive problems – primarily related to unexpected developments and extremely complex relations between multiple parties in Yemen. That the air forces of the Saudi-led alliance involved in the ongoing campaign in Yemen are operating some of most modern combat aircraft and weaponry manufactured in the West is no secret. But, exactly how, why, when, and where are they deploying weapons systems in question and for what purpose remains entirely unknown in the public. Thanks to approach to first-hand sources, this volume is providing answers to precisely these questions and thus providing an exclusive insight into the conduct of operations by such modern aircraft types like F-15S, F-16E/F, EF-2000 Typhoon, and Mirage 2000. Containing over 140 photographs, colour profiles, maps and extensive tables, Hot Skies over Yemen is a richly illustrated and unique point of reference about one segment of modern aerial warfare that remains entirely unknown until today.
Buy the book Hot Skies Over Yemen: Volume 2: Aerial Warfare Over Southern Arabian Peninsula, 1994-2017 (Africa@War) from Ideakart.com. 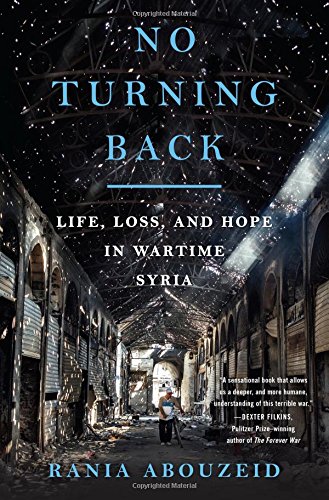 Extending back to the first demonstrations of 2011, No Turning Back dissects the tangle of ideologies and allegiances that make up the Syrian conflict. As protests ignited in Daraa, some citizens were brimming with a sense of possibility. A privileged young man named Suleiman posted videos of the protests online, full of hope for justice and democracy. A father of two named Mohammad, secretly radicalized and newly released from prison, saw a darker opportunity in the unrest. When violence broke out in Homs, a poet named Abu Azzam became an unlikely commander in a Free Syrian Army militia. The regime’s brutal response disrupted a family in Idlib province, where a nine-year-old girl opened the door to a military raid that caused her father to flee. As the bombings increased and roads grew more dangerous, these people’s lives intertwined in unexpected ways.

Rania Abouzeid brings readers deep inside Assad’s prisons, to covert meetings where foreign states and organizations manipulated the rebels, and to the highest levels of Islamic militancy and the formation of ISIS. Based on more than five years of clandestine reporting on the front lines, No Turning Back is an utterly engrossing human drama full of vivid, indelible characters that shows how hope can flourish even amid one of the twenty-first century’s greatest humanitarian disasters.

Buy the book No Turning Back – Life, Loss, and Hope in Wartime Syria from Ideakart.com.

Despite speculation about Saudi interests and loyalties that have been directed at the country since 9/11, Arabia remains the key US ally in the Arab Middle East. Menoret debunks the facile notions about Saudi society, and focuses our attention on present political and economic realities that cannot be reduced to essentialist “tribalist” ideas. Menoret illustrates the emerging autonomous–and Islamic–manifestations of Saudi national identity, fiercely reformist rather than medieval, complex and varied rather than merely a justification or support for the rule of the al-Saud royal family. Underlying this account is a sophisticated economic history of the Saudi state, from the eighteenth century to the present day, which details all the alliances and manoeuvres that have brought the country and its rulers to their current precarious position.
Buy the book The Saudi Enigma: A History from Ideakart.com.