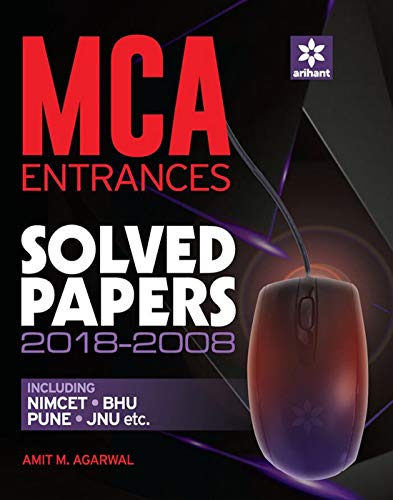 MCA – the Master of Computer Application is a 3-year post graduate course which enables you to gain professional expertise over the latest programming languages and tools to develop faster and better applications which is significant in the field of IT.
MCA Entrances Solved Papers has been revised for candidates who are preparing to get through their entrances to attain colleges they are hoping for. It carries complete coverage of the last 11 years’ questions from 2018-2008 with fully explained solutions which gives them thorough information of proper pattern, type and level of questions asked in all MCA entrances.
Aspirants will find solved questions of National as well as regional MCA entrance such as, NIMCET, IIT JAM, JNU, Pune, MP MCA, HCU, AMU, etc. This result-oriented practice book will enhance the understanding level by promoting wide range of questions of different levels in this single book. Ultimately, it will make you able to qualify your upcoming MCA Entrance.
TOC NIMCET Solved Paper 2018, BHU MCA Solved Paper 2018, JNU MCA Solved Paper 2018, NIMCET Solved Paper 2017, NIMCET MCA (2016-2008), IIT JAM MCA (2012-2007), JNU MCA
(2016-2007), PUNE MCA (2017-2007), BHU MCA (2016-2011), KIITEE MCA (2012-2007), Other Regional MCA Entrances: MP MCA (2014 and 2008), HCU MCA (2015-2008), AMU MCA (2011), TANCET MCA (2009), ICET MCA (2007).
Buy the book Solved Papers for MCA Entrances from Ideakart.com. 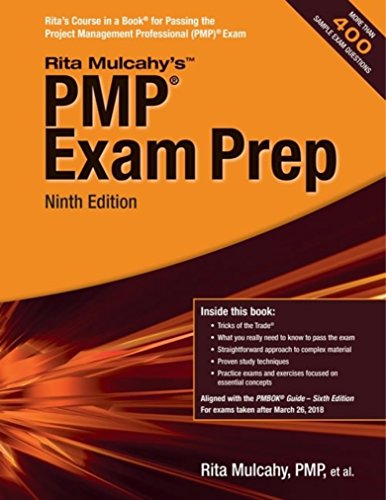 PMP® Exam Prep, Ninth Edition Aligned with the PMBOK® Guide-Sixth Edition Features of this worldwide best-selling resource include the following: Practice exam questions-—more than 400 throughout the book. A focus on what you really need to know to pass the exam. Exclusive exercises and Tricks of the Trade®. A straightforward approach to complex material. PLEASE READ: This book is aligned with A Guide to the Project Management Body of Knowledge (PMBOK® Guide)-Sixth Edition. It should be used for all PMP exams taken AFTER March 26, 2018. If you plan to sit for the PMP Exam prior to March 26, 2018, purchase the 8th Edition book instead.
Buy the book PMP® Exam Prep, Ninth Edition from Ideakart.com. 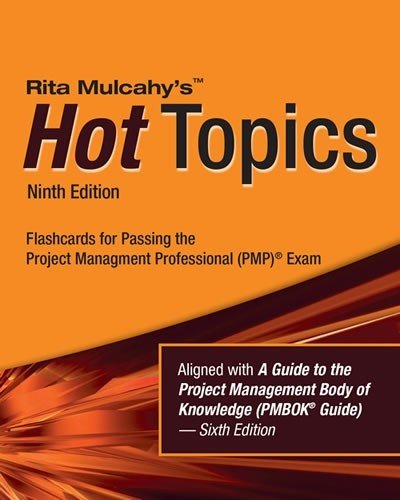 The CISSP Official (ISC) 2 Practice Tests is a major resource for CISSP candidates, providing 1300 unique practice questions. The first part of the book provides 100 questions per domain so you can practice on any domains you know you need to brush up on. After that, you get two unique 250-question practice exams to help you master the material and practice simulated exam taking well in advance of the exam. The two practice exams cover all exam domains and are included in identical proportion to the exam itself to help you gauge the relative importance of each topic covered.
Buy the book CISSP Official (ISC) 2 Practice Tests from Ideakart.com.