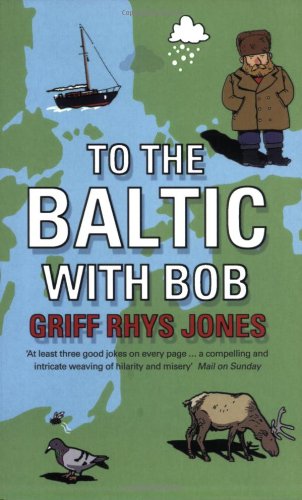 In the summer of 2002, two profoundly amateur sailors, Griff and Bob, set off in an elderly yacht for Russia, because, on the map, it looked easier than sailing to Cornwall. They took Baines with them, as he knew how to mend the engine. And this is their story.

Over four long months of applied bickering in a vessel no bigger than a London taxi, they visited most of the geographically interesting restaurants on the Baltic seaboard. They sailed, over, and, even at one point, onto the mysterious heart of the Nordic world. They pushed themselves to the very limits of human endurance, before finally agreeing to wash their sleeping bags on a cool cycle at number six.

To the Baltic with Bob is the full account of their stirring journey through the longest heat wave the frozen north has ever suffered; of three men in search of the answer to a troubling question: can you really outmanoeuvre a mid-life crisis by running away to sea?

Buy the book To the Baltic with Bob: An Epic Misadventure from Ideakart.com.