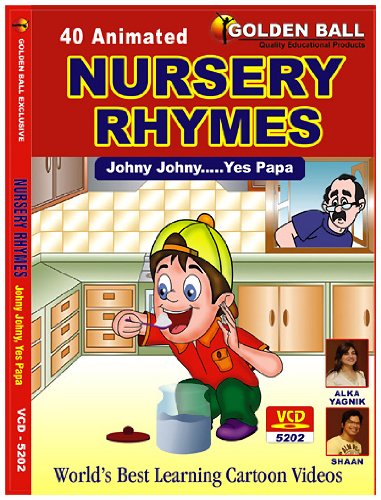 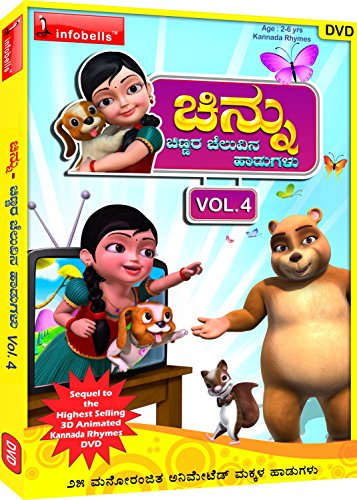 25 Fun Filled 3D Animated Kannada Rhymes – 3D Character Animated Rhymes, will sure to capture the stimulate the minds of young ones. These animated Rhymes will grab the child’s attention instantly and make them watch again and again.
Buy the book Chinnu Vol. 4 Kannada Rhymes from Ideakart.com. 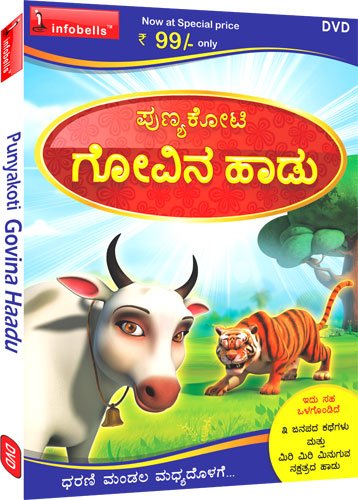 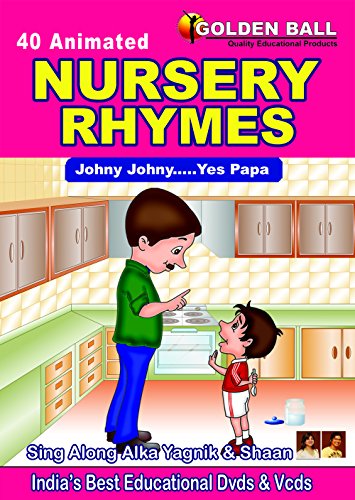 Bring out the best in your children by making them listen to classic nursery rhymes that have become popular fables.��The Nursery Rhymes sung by��Alka Yagnik , Shaan ��from Golden Ball is an animated rendition of timeless melodious rhymes such as Johny Johny Yes Papa,����London Bridge Is Falling Down, and many more which will give your children that extra edge.
Buy the book Golden Ball 40 Animated Nursery Rhymes (JOHNY JOHNY.. YES PAPA) DVD from Ideakart.com.

Ramayan is a television series based on the Hindu Epic, Ramayana. The series was written and directed by Ramanand Sagar and originally aired on Doordarshan in 1987. The leading roles of Rama, Lakshmana and Sita were played by Arun Govil, Sunil Lahri and Deepika Chikhalia.

The epics of Ramayana and Mahabharata are the cultural and religious heritage of India. Children used to hear these stories from their grandparents and other elders. In the late 1980s, new generations of Indians became familiar with the epics through television. Ramanand Sagar’s Ramayan was telecast by Doordarshan and it became hugely popular among viewers. The writer based his script on the original Valmiki Ramayana and also on Tulsidas’ Hindi Ramayan.

The story follows the fortunes of Rama, the Prince of Ayodhya, who is sent on exile by the machinations of his step-mother Kaikeyi and her manipulative maid, Mantara. He is accompanied on his fourteen year exile by his wife, Sita and his brother, Lakshmana.

Rama, Sita and Lakshmana spend their years in exile in beautiful surroundings and are often accompanied by Rishis and other wise men. However, the last year changes that idyllic experience. The Rakshasa Ravana, who rules Lanka, kidnaps Sita after he is enamoured by her beauty.

Rama and Lakshmana set off in search of her and assemble an army of monkeys to invade Lanka and rescue Sita. The epic story is presented with devotion in this series which has enthralled viewers throughout the country.

Ramayan box set is a Hindi language TV series that was released by Moser Baer. Available in DVD format, it has a U (Universal) rating.