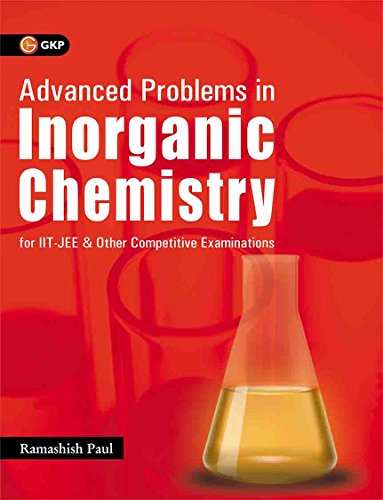 Advanced Problems in Inorganic Chemistry is designed to help aspiring engineers to focus on the subject and strengthen their grasp in solving problems related to various topics of inorganic chemistry in systematical manner. This book is divided into 9 chapters for a coherent flow of problems according to latest IIT-JEE format. The book also includes a wide range of questions asked in the exam and offers students an opportunity to familiarize themselves with the nature and complexity-level of questions asked in IIT-JEE. 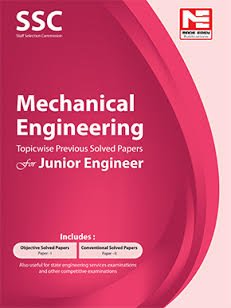 Previous Years Solved Papers: SSC: Mechanical Engineering is designed to help aspiring engineers to strengthen their grasp and understanding of the concepts of the subject. The book approaches the subject in a very conceptual and coherent manner. It covers questions from last years of SSC examinations.
Buy the book SSC: JE Mechanical Engineering Previous Year Solved Papers from Ideakart.com.

Unix Network Programming The Sockets And Networking API (Volume – 1) is a classic guide which describes comprehensive steps for building sturdy, high-performance network systems in any environment. Summary Of The Book Unix Network Programming The Sockets And Networking API (Volume – 1) is a book meant for those who want a comprehensive guide on writing programs that interact with each other through sockets, or APIs (Application Program Interface). This book caters to the people who are acquainted with sockets, as well as those who want to learn about sockets from the very basics. This edition offers new topics such as New Network Program Debugging Techniques and The New SCTP Transport Protocol, among others. The book is divided into three parts, An Introduction, Elementary Sockets and Advanced Sockets. Some of the topics covered in this book are Elementary TCP Sockets, Elementary UDP Sockets, Socket Options, Advanced I/O Functions, Routing Sockets, Signal-Driven I/O, Multicasting, Streams, Nonblocking I/O, Raw Sockets, Broadcasting, and Threads. The aim of this book is to offer expert advice on network programming for beginners as well as professionals. Even those people who simply aspire to have a basic understanding about the functioning of the networking components in their system can benefit from this book. This publication addresses techniques and their implementations, which conform to the critical standards in today’s industry. Building on the work of W. Richard Stevens, this edition is a fully up-to-date classic guide to UNIX Networking using Application Program Interface (API). The examples provided in the book are runnable code tested on Unix systems. About The Authors W. Richard Stevens was a programmer and author. His other works include UNIX Network Programming, Volume 2, Second Edition: Interprocess Communications, Advanced Programming in the UNIX Environment and TCP/IP Illustrated, Volume 2: The Implementation.  W. Richard Stevens procured his Ph.D (Systems Engineering) from the University of Arizona in 1982, and also holds M.S. and B.S.E. degrees. He quit his job in 1990 and became a full-time writer, occasionally hosting classes based on his books. He passed away in 1999. Bill Fenner works at AT&T labs as a principal technical staff member. His skill sets include network measurement and management and IP multicasting. He is also required to grant approval to all published documents that are routing-related at IETF, where he works in the capacity of a Routing Area Director. Andrew M. Rudoff has been working at Sun Microsystems for the past ten years as a Senior Software Engineer. His areas of speciality include File Systems, Operating Systems’ Internals Networking, and High Availability Software Architecture.
You can buy the book from Ideakart.com.