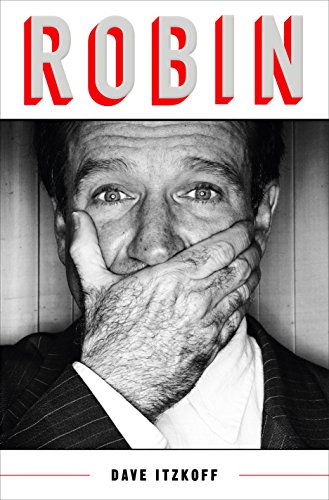 From New York Times culture reporter Dave Itzkoff, the definitive biography of Robin Williams – a compelling portrait of one of America’s most beloved and misunderstood entertainers.

From his rapid-fire stand-up comedy riffs to his breakout role in Mork & Mindy and his Academy Award-winning performance in Good Will Hunting, Robin Williams was a singularly innovative and beloved entertainer. He often came across as a man possessed, holding forth on culture and politics while mixing in personal revelations – all with mercurial, tongue-twisting intensity as he inhabited and shed one character after another with lightning speed.

But as Dave Itzkoff shows in this revelatory biography, Williams’s comic brilliance masked a deep well of conflicting emotions and self-doubt, which he drew upon in his comedy and in celebrated films like Dead Poets Society; Good Morning, Vietnam; The Fisher King; Aladdin; and Mrs. Doubtfire, where he showcased his limitless gift for improvisation to bring to life a wide range of characters. And in Good Will Hunting he gave an intense and controlled performance that revealed the true range of his talent.

Itzkoff also shows how Williams struggled mightily with addiction and depression – topics he discussed openly while performing and during interviews – and with a debilitating condition at the end of his life that affected him in ways his fans never knew. Drawing on more than a hundred original interviews with family, friends, and colleagues, as well as extensive archival research, Robin is a fresh and original look at a man whose work touched so many lives. 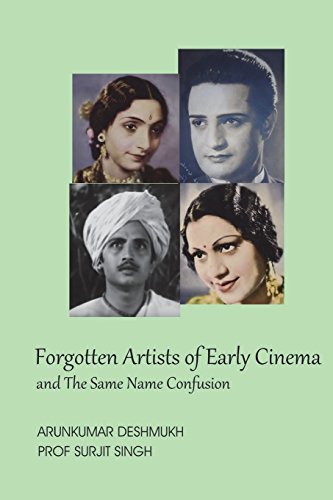 Tens of thousands of artists have contributed to Hindi cinema since 1931. Barring a few famous ones, other are long forgotten and are destined for obscurity. By sheer determination the authors have obtained information on more than 30 such artists, eg Khalil, Baakre, Baby Akhtar and Latika. There are scores of others with similar names. Their biographies and filmographies are often mixed up even in well-known books and popular websites. By deep research the authors have distinguished between more than 25 such cases, eg Shyams, Rajkumars, Zubeidas and Shashi Kapoors. The book is illustrated by more than 60 rare and not-before-seen pictures of these long forgotten artists.
Buy the book Forgotten Artists of Early Cinema: And the Same Name Confusion from Ideakart.com. 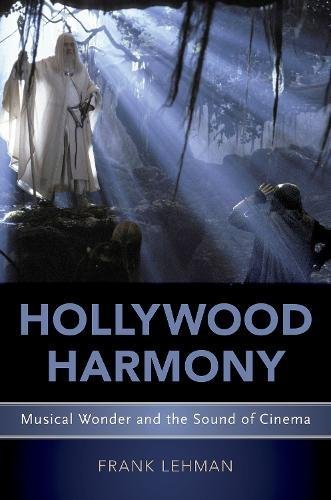 Film music often tells us how to feel, but it also guides us how to hear. Hollywood Harmony explores the inner workings of film music, bringing together tools from music theory, musicology, and music psychology. Harmony, and especially chromaticism, is emblematic of what we commonly recognize as film music sound and it is often used to evoke wonder, that most cinematic of feelings. To help parse this familiar but complex musical style, Hollywood Harmony offers a first-of-its kind introduction to neo-Riemannian theory, a recently developed and versatile method of understanding music as a dynamic and transformational process, rather than a series of inert notes on a page. This application of neo-Riemannian theory to film music is perfect way in for curious newcomers, while also constituting significant scholarly contribution to the larger discipline of music theory. Author Frank Lehman draws from his extensive knowledge of cinematic history with case-studies that range from classics of Golden Age Hollywood to massive contemporary franchises to obscure cult-films. Special emphasis is placed on scores for major blockbusters such as Lord of the Rings, Star Wars, and Inception. With over a hundred meticulously transcribed music examples and more than two hundred individual movies discussed, Hollywood Harmony will fascinate any fan of film and music.
Buy the book Hollywood Harmony: Musical Wonder and the Sound of Cinema (Oxford Music/Media Series) from Ideakart.com. 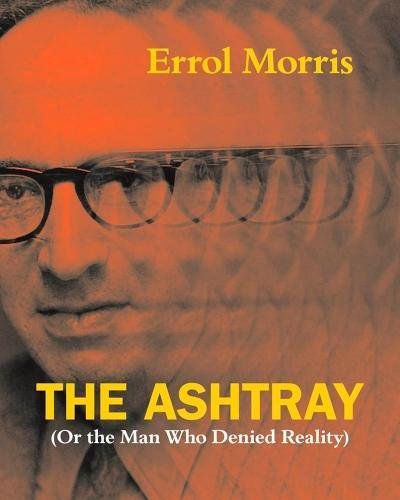 In 1972, philosopher of science Thomas Kuhn threw an ashtray at Errol Morris. This book is the result. At the time, Morris was a graduate student. Now we know him as one of the most celebrated and restlessly probing filmmakers of our time, the creator of such classics of documentary investigation as The Thin Blue Line and The Fog of War. Kuhn, meanwhile, was–and, posthumously, remains–a star in his field, the author of The Structure of Scientific Revolutions, a landmark book that has sold well over a million copies and introduced the concept of “paradigm shifts” to the larger culture. And Morris thought the idea was bunk. The Ashtray tells why–and in doing so, it makes a powerful case for Morris’s way of viewing the world, and the centrality to that view of a fundamental conception of the necessity of truth. “For me,” Morris writes, “truth is about the relationship between language and the world: a correspondence idea of truth.” He has no patience for philosophical systems that aim for internal coherence and disdain the world itself. Morris is after bigger game: he wants to establish as clearly as possible what we know and can say about the world, reality, history, our actions and interactions. It’s the fundamental desire that animates his filmmaking, whether he’s probing Robert McNamara about Vietnam or the oddball owner of a pet cemetery. Truth may be slippery, but that doesn’t mean we have to grease its path of escape through philosophical evasions. Rather, Morris argues powerfully, it is our duty to do everything we can to establish and support it. In a time when truth feels ever more embattled, under siege from political lies and virtual lives alike, The Ashtray is a bracing reminder of its value, delivered by a figure who has, over decades, uniquely earned our trust through his commitment to truth. No Morris fan should miss it.
Buy the book The Ashtray – (Or the Man Who Denied Reality) from Ideakart.com. 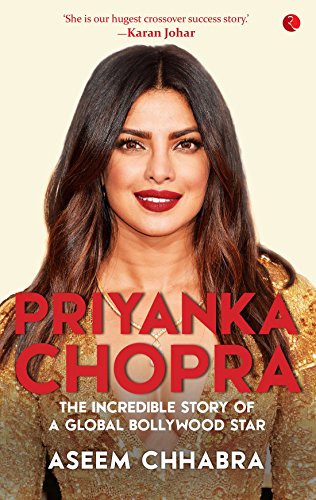 Once upon a time a girl said, ‘In India, real people don’t become movie stars.’ The same girl became the biggest crossover star. That very girl can’t walk around in New York City now ‘without being mobbed’. That’s Priyanka Chopra for you. The quintessential ‘Girl Uninterrupted’. She came from a small-town middle-class family in North India. During the Miss India contest, she was grilled by none other than Shah Rukh Khan. She prevailed and won the hearts of millions. There was no looking back after that. Bollywood happened; and years later, she crossed over to America, as a pop singer, as a television star and as a Hollywood actress. Soon, New York City was plastered with posters of her from Quantico, a major television show in the US. Films like Baywatch followed. This biography of Priyanka Chopra explores everything that led to her phenomenal success—in Bollywood and Hollywood. Peppered with anecdotes and events from her life behind the screen, her real story is too a blockbuster. This is her incredible story, told with much flourish and detailing.
Buy the book Priyanka Chopra: The Incredible Story of a Global Bollywood Star from Ideakart.com. 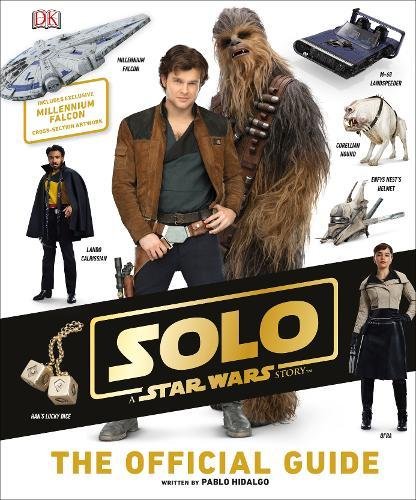 This essential visual guide to Solo: A Star Wars Story explores the world of young Han Solo in unparalleled detail. An authoritative companion to the latest Star Wars movie, Solo: A Star Wars Story The Official Guide features the fascinating planets, vehicles, and aliens that Han Solo encounters on his early adventures. Explore key characters, locations and props in captivating detail with extensive production photography and see the iconic Millennium Falcon as it’s never been seen before, in an exclusive cross-section artwork by Richard Chasemore.
Buy the book Solo A Star Wars Story The Official Guide from Ideakart.com. 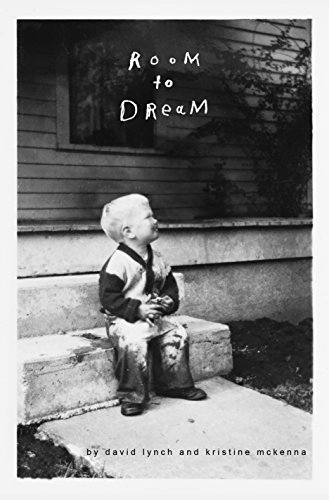 NEW YORK TIMES BESTSELLER • An unprecedented look into the personal and creative life of the visionary auteur David Lynch, through his own words and those of his closest colleagues, friends, and family

In this unique hybrid of biography and memoir, David Lynch opens up for the first time about a life lived in pursuit of his singular vision, and the many heartaches and struggles he’s faced to bring his unorthodox projects to fruition. Lynch’s lyrical, intimate, and unfiltered personal reflections riff off biographical sections written by close collaborator Kristine McKenna and based on more than one hundred new interviews with surprisingly candid ex-wives, family members, actors, agents, musicians, and colleagues in various fields who all have their own takes on what happened.

Room to Dream is a landmark book that offers a onetime all-access pass into the life and mind of one of our most enigmatic and utterly original living artists. 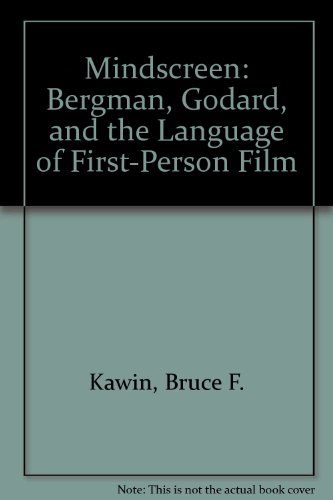